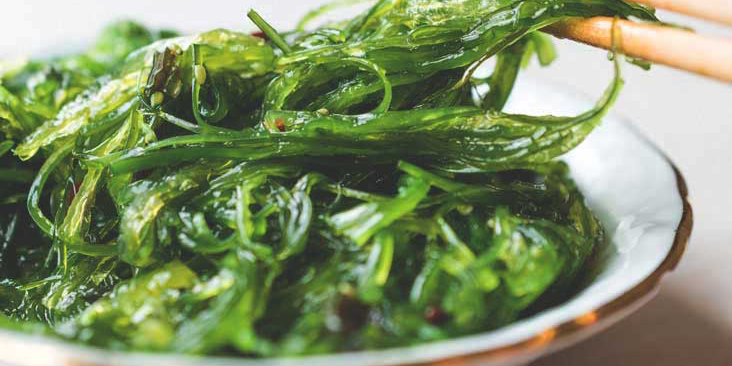 The human body is home to more than trillions of bacteria from different families, known as strains. All with different functions many of which are beneficial, some of which aren’t.

These microbes are known to affect many different areas of our body. Like the immune system, digestion to cognition by enabling pathways in our metabolic system.

They thrive on the food we eat and metabolize it, in many cases, into protective compounds known as short-chain fatty acids which create a healthy gut environment that supports good digestive and overall health.

Certain types of plant-based fibers, known as prebiotics, are especially useful as “food” for these bacteria. The majority of which are found in the large intestine.

Among the plant-foods that contain them, seaweed has emerged as a novel option that is an increasingly popular snack food in the west and a topic that I want to explore further in today’s article.

Some of you may recall my previous article where I discussed the role of seaweed in the longevity-inspiring Okinawan diet.

Today, I pivot with an extra emphasis on its gut health benefits.

Let’s take a look at what I found.

The Nutritional Functions Of Seaweed

Seaweed is a major dietary component in many regions of the world where people live the longest, healthiest lives.

It happens to contain varying amounts of a wide array of vitamins, minerals, and essential nutrients including omega-3s, vitamin A, D, C, K, E as well as iodine, calcium, and potassium.

Yet what interests me most about seaweed is their fermentable carbohydrate (prebiotic) capabilities.

Seaweed contains various compounds such as alginates, fucoidans, laminarin, and agars which serve as a food source for our bacteria and increase the population of healthy strains like Lactobacillus and Bifidobacterium.

As a result, scientists are beginning to believe that seaweeds have significant potential to inhibit the growth of unhealthy gut bacteria, reduce inflammation, and support healthy gut motility.

So, if you’ve read my article on the Okinawan diet, and you’ve read this one, you are probably thinking that it’s time to step up your seaweed game.

But there’s only one problem…

That’s where timeblock®  comes in.

I know that my readers are clamoring for a natural anti-aging nutrition supplement. I’ve finally found one that I can get behind.

Formulated in Switzerland, manufactured in Germany, and 100% Vegan, this plant-based supplement line contains a number of functional ingredients including, you guessed it, SEAWEED.

Don’t forget that using my discount code GiB20% will get you 20% off of your order.

Seaweed has a long tradition of consumption in eastern nations. Such as Japan where people tend to live longer than in the west. Although more human trials are needed, their efficacy as it relates to the gut. Pre-clinical evidence supports its overall health.

In any case, we cannot deny that seaweed, and products such as timeblock®  that contain it, represents a source of a number of beneficial bioactive plant compounds that have immense potential for the betterment of human health.